The Montague Wildcats are one of the state’s powers when it comes to playoff success. On the contrary, Central Montcalm entered Friday night without a victory in the postseason since 2009. These differences in experience appeared to show, as the Montague claimed a 41-7 victory.

In the first quarter, Dylan Everett found the end zone on a 6-yard carry. This was the only scoring play in the first frame, giving Montague an early 7-0 lead. Early in the second quarter, Fisher Hill was on the receiving end of a 20-yard pass, the lone Central Montcalm touchdown of the evening. Montague answered with three straight touchdown to secure a strong hold on this game.

Dylan Everett returned to the end zone, after catching a pass that went 76 yards. On their next drive, Adam Baird powered across the goal line. Finally, Tugg Nichols hauled in a pass from Andrew Kooi. This put the Wildcats ahead 28-7 at the break.

In the third quarter, Montague kept rolling. Dylan Everett ripped off a 37-yard touchdown run to extend the lead. Late in the frame, Tugg Nichols caught a pass from Kooi to round out the scoring.

Montague outgained Central Montcalm 338-277 in this game. The Wildcats have a balanced attack, with 161 passing yards and 177 yards on the ground. With this victory, Montague is now set up for a battle with Reed City next Friday. It is surely set to be an epic battle. 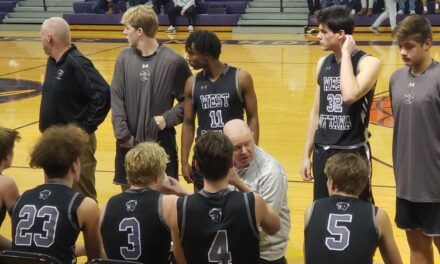