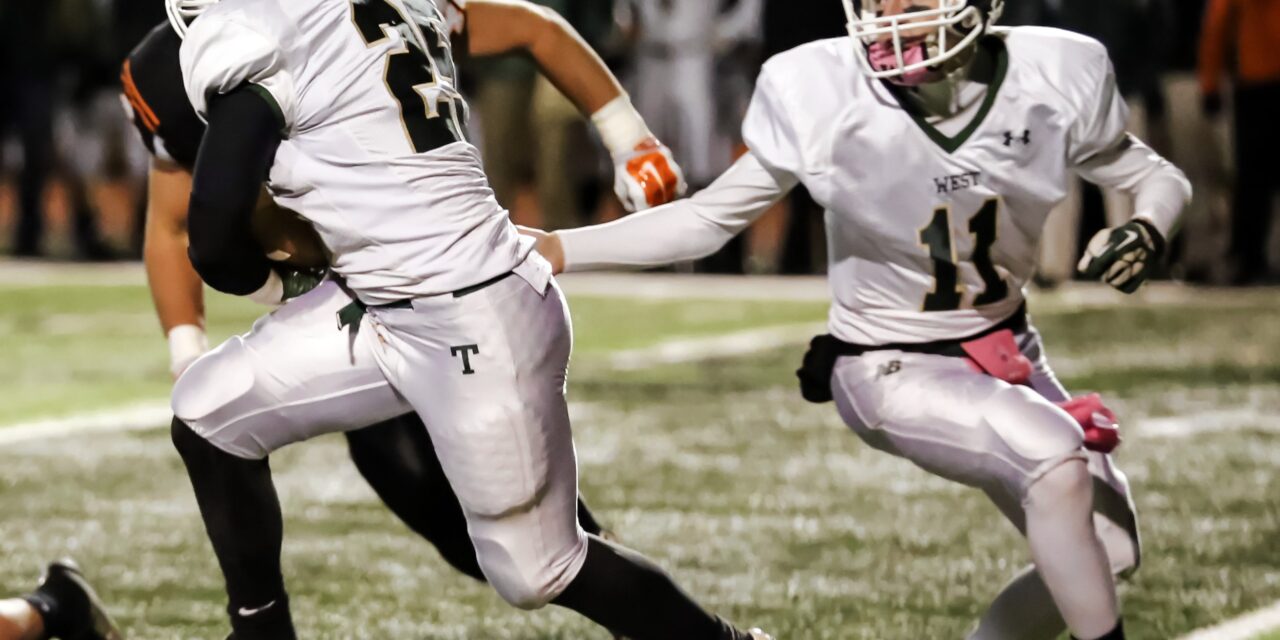 The Grand Haven Buccaneers travelled up to Traverse City for the annual Coast Guard Cup battle with Traverse City West. It was a one-sided affair on Friday afternoon, as TC West cruised to a 33-7 victory.

In the first quarter, the Titans struck first with a pass of 12 yards from Brandon Konchek to Garett Schuler. After a blocked punt for Grand Haven, Michael Schermerhorn made the Bucs pay. He punched in a 5-yard touchdown, and Traverse City West led 12-0 after twelve minutes.

Schermerhorn wasn’t done scoring, as the senior tailback punched in the lone touchdown of the second quarter. His 3-yard touchdown run, paired with a two-point conversion pass, pushed the Titans lead to 20 points. Carson Douglass, who blocked the punt earlier in the game, blocked a Grand Haven field goal attempt on the final play of the second quarter, preserving the 20-0 lead.

On the first play of the fourth quarter, Aidan Kamp powered his way through the teeth of the Grand Haven defense, recording a 26-yard touchdown run. The Bucs would finally break the scoring drought when Gaven Strong reeled off a 56-yard sprint to the endzone. TC West would add one more touchdown to extend their final margin of victory. 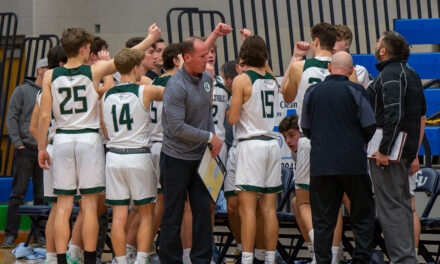 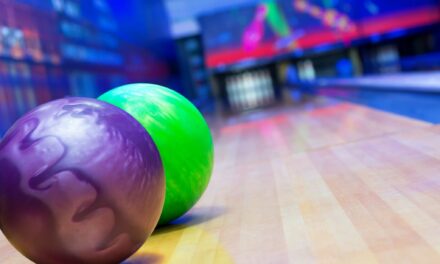