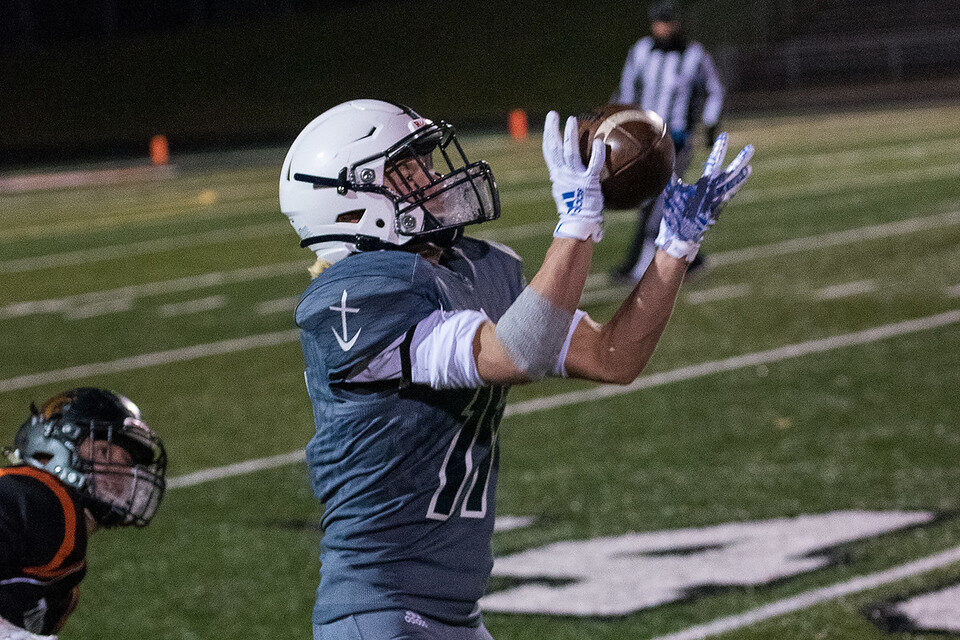 The South Christian Sailors started their 2020 playoff journey hosting Kelloggsville on Friday night. A steady flow of offense, including a 406-106 yardage difference, allowed South Christian to pull of a 56-0 shutout in Round 1 against the Rockets.

In the second quarter, Trevor Hansen padded the South Christian lead with a touchdown run of two yards. Quarterback Jake DeHaan stepped in and delivered his first touchdown when he found Elliot Grashuis for a twenty-yard score. A second Trevor Hansen touchdown run, this one from twelve yards out, gave the Sailors a 28-0 halftime lead.

Chandler VanSolkema ran for a five-yard touchdown to get the second half scoring started. Seven minutes later, he would add a second rushing touchdown to balloon the Sailors’ lead to 42 points after three quarters of play.

VanSolkema continued his strong play with an explosive run of fifty-five yards to the end zone in the opening minutes of the final quarter. The final touchdown of the game came when Nolan Diekevers rushed six yards into the end zone.

The Sailors (6-1) will host Grand Rapids Christian (4-3) next week in the district semifinals. The Eagles narrowly defeated Wayland on Friday, a 28-21 contest. The Eagles and Sailors are longtime rivals, but their annual contest (dating back to 1972, though that could be extended to 1969 if you include GRC’s predecessor East Christian) was cancelled earlier in the season. The streak continues with a thrilling playoff matchup this week.