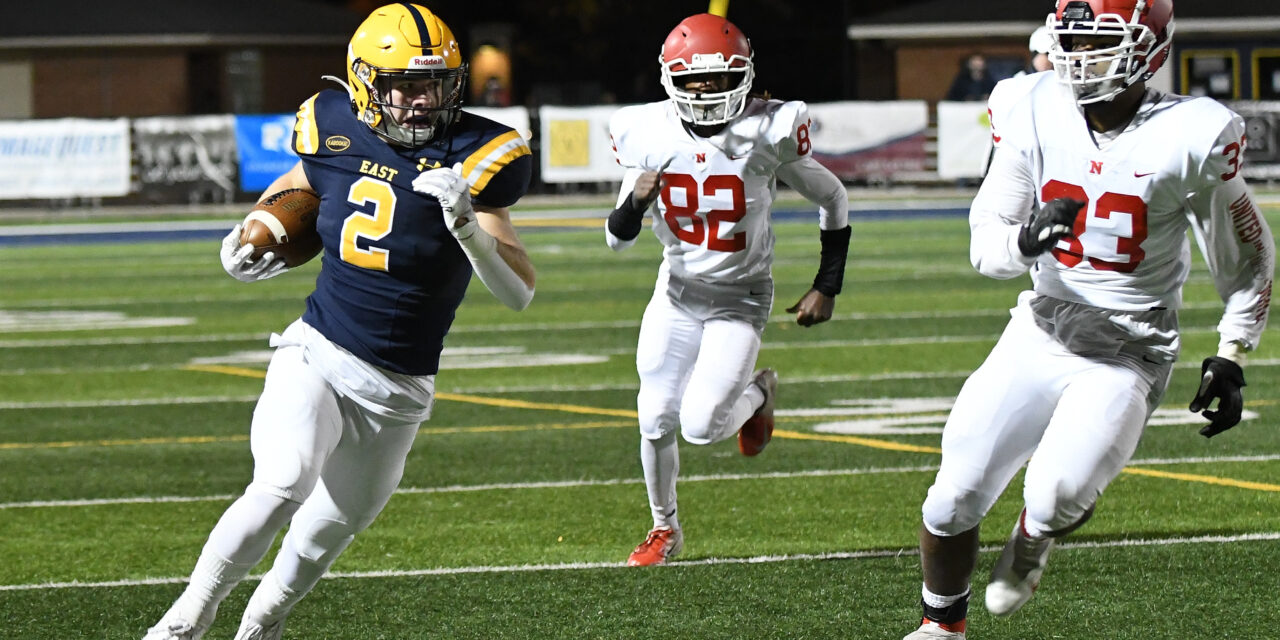 The Northview Wildcats visited Memorial Field back in week 3 of the regular season. They had just been victorious in a big win at home against Greenville and lost the prior week to Lowell. East Grand Rapids put a thumping on the Cats 52-14, giving them their 2nd of an eventual 5 regular season losses.

Tonight the calendar showed a different date, but the game played out very much the same as the matchup in early October. The Pioneers jumped out to a big lead in the 1st half on the back of their Sr RB Nathan Milanowski. Nate had 4 touchdowns and over 100 yards rushing before the Halftime break. Nate would not see the ball again in the second half. With the Pioneers up 36-0 the running clock rule would be in effect.

Northview was able to score in the late stages of the game. A 15 play drive ended when Soph QB Easton Denton scored on an 11 yard carry. This would prove to be the final score of the game.

With the win the Pioneers (4-3) will host the Holland High Dutch (1-6)  next week Friday in Division 3 District 18 semi-final action. The Dutch advance after earning a forfeit win after Zeeland East withdrew from the playoffs earlier this week. The winner of the Pioneers and Dutch will play the winner of the Zeeland West Dux vs Middleville Thornapple Kellogg Trojans in the District Finals on November 13th or 14th.