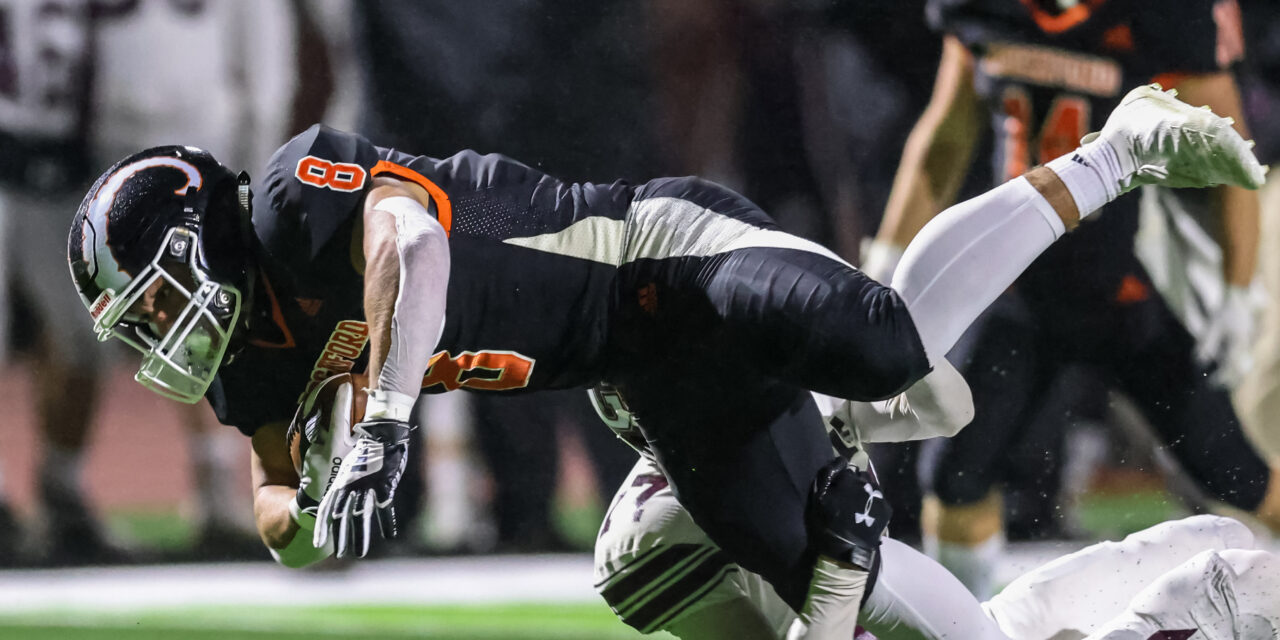 For two weeks, Rockford has sat at home and watched the other teams around West Michigan play on Friday nights. Sidelined by COVID, the Rams were eager to get back on the field and prove why they were amongst the best in the area. They got their chance on Friday night, as they hosted the Grandville Bulldogs in a battle of unbeatens in the OK Red. The Rams showed their strength in a 28-8 victory.

The first quarter of this contest was scoreless. Grandville was able to make the first big play in this game as Amaris Bush scooped up a fumble and ran it deep into Rockford territory, flipping the field. Marcel Love would capitalize, and his six-yard run was paired with a two-point conversion to make the score 8-0 Bulldogs.

Zak Ahern capped off Rockford’s responding drive with a short touchdown run, bringing the Rams within a point, 8-7. Jonathon Maat stepped up for the Rams with a key interception just outside the red zone to prevent a Grandville score, and the teams would go to halftime at 8-7.

Nearly five minutes into the third quarter, Rockford took the lead for the first time in this game. Zak Ahern found Luke McLean for a touchdown pass of fifteen yards. They booted the extra point to take a 14-8 edge. Five minutes later, they would add to their lead as Ahern and Caden Currie paired up for a six-yard touchdown. Late in the quarter, the Rams would get another turnover on a fumble recovery, taking the football and the 21-8 edge into the final twelve minutes.

In the fourth quarter, Zak Ahern provided the offense yet again with a quarterback keeper from nine yards out. This gave the Rams a 28-8 advantage. Neither team would score the rest of the way, giving Rockford an impressive 28-8 win.

These two teams will be the top two seeds in the Division 1 District 1 playoff bracket, and they appear on a crash course for a rematch in three weeks. The teams that stand in between the two schools meeting in that district title game will be announced on Sunday by the MHSAA. After they announce them, Michigan Sports Radio will have complete coverage of the postseason matchups.