The boys basketball season is heating up, as district play is only three weeks away. Teams are vying for conference titles, top playoff seeds and to build momentum entering the postseason. We covered five teams around the area this week, summarized below. We also have the schedule for this week’s action at the bottom of this post.

The Caledonia Fighting Scots had only one game this week, a Tuesday night home contest against the Rockford Rams. That game went back and forth all night, with the teams appearing very evenly matched. In the end, the Rams were able to pull out a narrow 58-52 victory. This puts Caledonia at 4-4 in the OK Red, with four league games left to play. This week, a pair of road games stand in their way, as they visit West Ottawa on Tuesday and Grand Haven on Friday.

The Central Montcalm Hornets swept the competition this week to move their record to 10-4 on the season. On Tuesday night, they hit the road to take on Lakeview. This game yielded a rather decisive result for the Hornets, as they won 73-48, leading from the opening tip. Asher Vissman set a new career-high in this game with 33 points. On Friday night, the Hornets hosted Fremont, and they came away with a 65-59 victory. In that game, Gunner Hill reached the 33-point mark, and he also added 16 rebounds. Trey Chapin also found his way into double figures with 10 points. There is now a three-way tie atop the CSAA-Gold, as CM is joined by Grant and Fremont at 8-2 in conference play. This week, the Hornets hit the road twice, facing Big Rapids (Tuesday) and Chippewa Hills (Friday).

The Rangers won two more games this week to move their record to 12-3. On Tuesday night, they hosted Cedar Springs and came out with a 77-61 victory. Mitch Wilkinson led the way with 24 points on 10/13 shooting, while Jimmy Scholler added 21 points of his own. Three days later, FHC travelled to Lowell to take on the Red Arrows. This game was far more lopsided, as the Rangers took a 14-4 first quarter lead and ran with it to a 64-38 finish. Scholler led the way with 17, while Wilkinson finished with 16. Joining them with fantastic efforts were Jonah Spates (13 points and 5 rebounds), as well as George Hatchett (8 points). This week, FHC will hit the road twice, starting with a trip to Ottawa Hills on Tuesday night. On Friday night, they visit Forest Hills Northern, who is one game behind them in the OK White standings. A pair of wins this week, and the Rangers will win the OK White outright.

The Cougars played a pair of games this week, both road contests in the OK Blue. On Tuesday, they had their closest league contest of the season when they went on the road to Allendale. The Falcons kept it within single digits, but they ultimately fell 68-59. Three days later, the Cougars went to Coopersville for a road showdown with the Broncos. In that game, it was more lopsided than the first meeting of the year. Catholic Central raced out to a big lead on their way home to a 66-26 victory. The 14-2 Cougars will host Sparta this Friday in their only game.

This week the Rams had a pair of games, and they came up with one victory. On Tuesday night in Caledonia, Rockford and the Fighting Scots played a great back and forth affair. The Rams were able to emerge victorious by the score of 58-52 to earn their sixth win of the year. On Friday night against Grand Haven, it was another phenomenal game of basketball. The Rams scored 58 points once again, but they needed more, falling by a single point. Sam Krist led Rockford with 17 points, while Kaden Seelye added ten. This week, Rockford will play a pair of games on the road. Tuesday will see the team visit East Kentwood, while Friday night pits them against the Hudsonville Eagles. 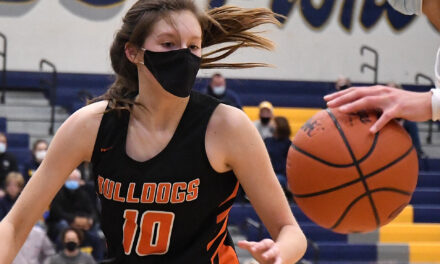 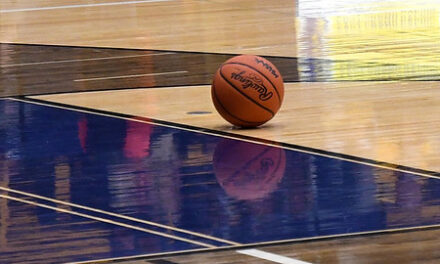