The Coopersville Broncos and their fans have not been fond of the West Catholic Falcons since the two teams began as conference foes back in 2008. These teams had met ten times, and they all went West Catholic’s way, most of which is rather lopsided fashion. On Friday night, the Broncos overcame this massive hurdle and took down West Catholic 37-27.

For the senior class at Coopersville, there were plenty of frustrating football games over the past two seasons. This victory was a great way to send out a class that worked tremendously hard each and every day, regardless of the results on the scoreboard. Three players stand out in particular from tonight’s action for the Broncos. Joe Keefe, the senior quarterback for Coopersville, only completed five passes, but he racked up 157 yards and two touchdowns. He also ran for 135 yards and another touchdown. Owen Syrek caught all five of his passes, resulting in the 157 yards and two scores. One of these was a seventy four yard touchdown, the longest play from scrimmage for Coopersville this season. Finally, Ben McDonald showed that he could be the foundation for a solid 2020 campaign with his performance tonight. The junior had fifteen carries for 101 yards and two touchdowns.

On the West Catholic side of things, the career of Spencer Zobro at West Catholic came to a conclusion on Friday night. The senior was 22/31 for 271 and three touchdowns, and he showed his dual threat ability once more by logging eleven carries. Senior Zane Way had six catches for ninety two yards and a touchdown in his final game as a Falcon. Harrison Michalowski also had a strong send-off as the senior led all pass catchers with eight receptions, and he tallied ninety four yards and one touchdown. 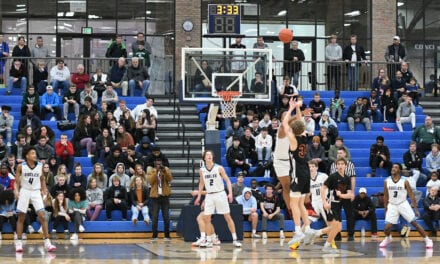