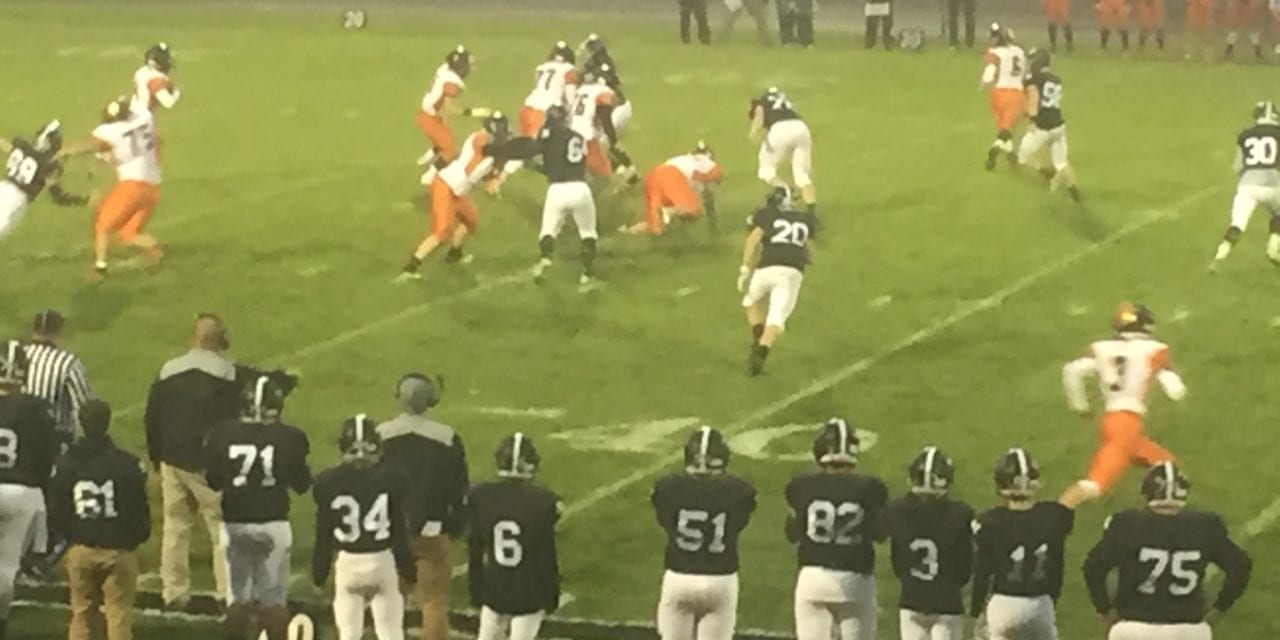 The Newaygo Lions started last week off slow in a 21-14 loss to Kent City. This week, they built off the strong second half momentum and played strong defense in a victory over Chippewa Hills.

There was only one touchdown in the first half of this game, and that was scored by star tailback David Gonzalez. His 25 yard run, paired with an Angel Guevara extra point, gave Newaygo a 7-0 halftime advantage.

In the second half, Chippewa Hills scored first as Dylan Sharp and Paris Alston paired up for a score. The missed extra point left this game at 7-6. Newaygo would counter with a pair of touchdowns to extend their lead. Brenden Brechting scored two touchdowns in a row from eight and nine yards out to put the Lions ahead 21-6.

Chippewa Hills’ Paris Alston was able to score from eight yards out to make it interesting, as the Warriors only trailed by nine points with four minutes to play. Newaygo was able to ice the game with a third touchdown run by Brechting, this time a 29 yard run. This run gave the Lions a 28-12 advantage with a minute to play, a lead too much for Chippewa Hills to overcome.

Brechting was the star of the show with three touchdowns, but some attention should also be given to Hudson Harkness. The junior recorded a key interception in this game. Also, Guevara was pivotal in this game as the kicker converted on all four extra points.

Newaygo now finds themselves at 1-1 on the year, and they will continue CSAA-Gold play next week against Central Montcalm. Chippewa Hills at 0-2 on the year, will try to bounce back against Tri-County next week in league play.