The Grand Rapids Christian Eagles hockey team began their season this past week with a pair of games. On Wednesday, they visited Southside Ice Arena to take on Grand Rapids Catholic Central. The Cougars, one of the area’s best teams annually, have been an opponent that provides a tough challenge for GRC. After a close first period, the Cougars ultimately pulled away in this one, a 4-2 victory.

The two teams exchanged goals in the first period, but then the second period saw the Cougars take off. They scored three goals in the second frame compared to just one for the Eagles. Down two goals, Grand Rapids Christian tried to be aggressive to make a late charge, but they were unable to close the gap.

Scoring for the Eagles in defeat were Graham Kormash and Kavanaugh Kane, each of their first goals of the year. Kane also added an assist to lead the team in points with two. Ashton Bol and Jordan Koetje also got their first points of the season when they tallied assists in the defeat. Kormash was strong in the faceoff game on Wednesday night as he won 21 of 31 faceoff tries. Joey Hildebrand also had success in the circle as he won 14 of 23 faceoffs. Zack Dodson was shouldered with the defeat between the pipes as he stopped 27 of 31 shots that he faced.

On Friday, the Eagles visited Patterson Ice Center as they took on the combined hockey team of Forest Hills Northern and Forest Hills Eastern. Fifteen shots in the second period led to four goals and that was enough for GRC, as they would take a 4-3 result for their first victory of the 2018-19 season.

Ashton Bol led the way with two goals in this one for the Eagles. He also added an assist to move his season point total to four. Graham Kormash scored his second goal of the season, and Joey Hildebrand found the back of the net for his first goal of the season to round out the scoring tally. Kavanaugh Kane and Jack Zwiers led the team in assists with two a piece, and Hildebrand also added an assist in the victory.

The 24 shots in this game was the highest total for Grand Rapids Christian. Zach Dodson (1-1) got his first victory of the season on Friday as he stopped a season high 85.7% of shots faced. This improved the Eagles record to 1-1 on the season, and more importantly they are 1-0 in league play. They will be back in action next Saturday when they take on Byron Center. This game will be at 7:30 PM at Southside Arena. 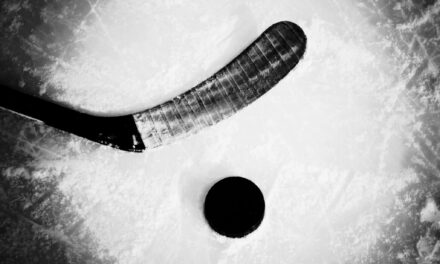