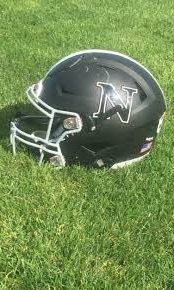 After two straight losses to begin the year, Newaygo won five consecutive games to bring themselves within one win of clinching a playoff berth. This sixth win will have to wait for another week for the Lions after their defeat against Reed City on Friday night, falling to the Coyotes 50-7.

Connor Swinehart would have the Lions only scoring play, as his 12 yard touchdown run put the Lions ahead 7-0. The Coyotes would retaliate quickly with their big man, Phillip Jones-Price finding the endzone from 1 yard out. As the clock expired in the first quarter, Jackson Price ran it in from 68 yards out giving Reed City a 14-7 lead.

The Coyotes would continue their huge scoring run as Price would find Brandon Major for an 85 yard touchdown catch to start the 2nd quarter. Connor Agan would find the end zone from 58 yards out, and another Jones-Price touchdown run, this time from 72-yards out, allowed for Reed City to expand their halftime lead to 38-7.

The Coyotes continued to dominate in the second half of the game. Agan would have the only score in the 3rd quarter with his 7 yard touchdown run, 44-7 Coyotes.  Agan put an exclamation point on this victory with a five-yard run in the fourth quarter. His third touchdown of the night gave Reed City the eventual final score of 50-7.

Reed City has now won thirty-one consecutive games in the CSAA-Gold, dating back to September 12 2014. They are 8-0 on the season, and they take on 6-2 LeRoy Pine River next week before beginning play in the playoffs. For Newaygo, they find themselves at 5-3. While there is a chance they can make the playoffs with five wins, they can guarantee their spot with a win next week against Muskegon Catholic Central. The Crusaders are down this season, they are just 3-5 on the year, but they are a historically strong program. MCC has had recent success too, as they won the Division 8 title four straight times from 2013-2016.