After recording a pair of wins to start their CSAA-Gold season, the Tri-County Vikings had tied their best start since 2005. This week however, they faced the real test in Reed City, a team that had won 26 conference games in a row dating back to 2014. The Vikings have definitely improved this season, but they were unable to match the level of Reed City as their explosive offensive snapped their winning streak with a 57-6 win.

The Coyotes started off hot with a 63 yard touchdown run by Phillip Jones-Price. The defense for Reed City made a play on the next drive as they forced a fumble and returned it for a touchdown. After Zach Wirgau rushed for a pair of touchdowns, the second set up by a Jones-Price interception, Reed City led 30-0 after the first quarter.

The second quarter started with a pair of Jones-Price touchdowns, from 32 and 70 yards out to expand the lead to 44 points. The Vikings only scoring drive came late in the first half as Nick Braunschneider found Cam Friend for a 70 yard touchdown. Finally, Wirgau ran for a score right before the break, pushing the halftime score out to 50-6.

The only other scoring drive of the game came in the 3rd quarter from Jones-Price’s fourth touchdown run, this one from three yards. Reed City would end up to win by this margin of  57-6.

The Core Power Player of the game was Phillip Jones-Price, with 12 carries for 219 yards and 4 touchdowns. He also recorded a first quarter interception that set up another touchdown. Reed City had a total of 347 yards on the ground. On the other side, Tanner Ching had 10 carries for 34 yards, for the Vikings.

The Vikings will travel to Grant to face the Tigers next Friday night. Dave Princer and Joe Nagy will be on the call for Michigan Sports Radio. You can listen to this game LIVE on the website or the app. 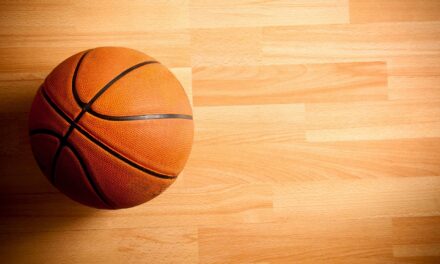 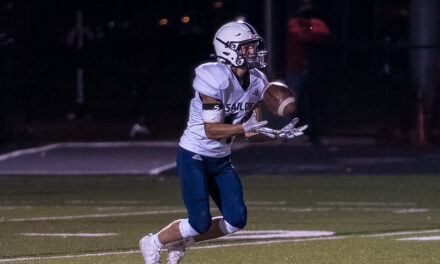