The Northview Wildcats began their season on Thursday night against Comstock Park. Last season, these two teams played an epic shootout that finished in a 68-47 victory for Northview. This year, it was the defense for Northview that shone bright on opening night, when they held Comstock Park to just one touchdown in the season opening victory.

In the first quarter, the only offense was the defense. Comstock Park’s defense was able to record the games first two points when they got a safety to give them a 2-0 lead. The second quarter saw a pair of Northview touchdowns before the game ultimately went to delay. Daniel Frey connected with Kyler Vanderjagt on an eight-yard touchdown to give the Wildcats a 6-2 edge.  These two paired up again for a 37-yard touchdown before the half to give Northview a 13-2 lead.

After the delay, it took Comstock Park about four minutes to find the end zone. They scored on a pass from Kevin Pritula to Quinton Martin to bring the game within five points at 13-8. This game would remain at this score throughout the rest of the third quarter and the first two minutes of the final frame.

With about ten minutes to play, Daniel Frey used his legs for a two yard touchdown run. The senior would score his fourth touchdown of the game five minutes later when he powered through the offensive line and plunged into the end zone from a yard out. Northview would hold onto their 27-8 lead for the rest of the game, ultimately winning by this score. 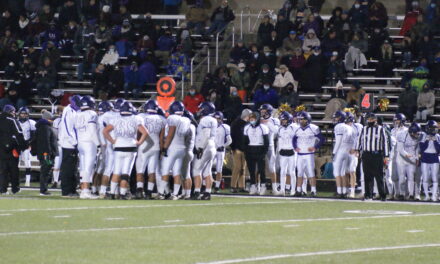