The Rockford Rams started the season with an 0-2 record and many people around West Michigan started to overreact and press the panic button. What people would fail to acknowledge was the fact that they had to forfeit the first game of the season, and then they took on a Lowell team that is currently 7-0 and a top team in the state of Michigan. Since then, the Rams have reeled off five consecutive wins, including tonight’s running-clock 51-14 win over West Ottawa.

Rockford started the contest down 8-0 as the Panthers struck first on a big play and converted the two point try. From that point however, the Rams gave the ball to senior tailback Nick Isley who found the end zone three times in the contest to propel the Rockford offense to victory. He scored on runs of seven, eighteen, and forty-eight yards to lead the rushing attack.

The defense and special teams also joined in on the onslaught of points as the Rams recorded a safety in the third quarter, and kicker Eric Zebore added a pair of field goals (28 and 38 yard tries). The latter field goal capped off a crucial three minute stretch early in the third quarter when the Rams doubled their lead to 23 points.

With the win, Rockford improves to 5-2 on the season, placing them just one win from qualifying from the postseason. They also hold a 4-0 record in the OK Red conference, which gives them a one game lead above Grandville and Hudsonville in the loss column with two weeks left to play. Next week, the Rams will take on East Kentwood, with an opportunity to clinch the playoffs and a share of the OK Red title. 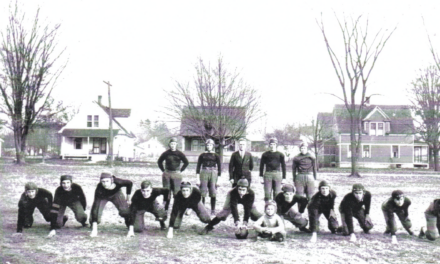